Day of the Race 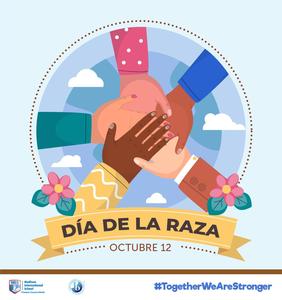 The history behind Day of the Race.
The history behind Day of the Race goes back to 12 October 1492 when Christopher Columbus, an Italian navigator sailing for Spain, sighted the Bahaman Island of San Salvador.
The discovery led to permanent contact between Europe and the Americas, to the Colonial Era, and to the formation of a vast, Spanish New World called “New Spain.” It also led to the conquest of Aztec Mexico by Hernan Cortes in the early 16th Century.
To many Mexicans, Day of the Race is a time to celebrate Hispanic culture, but to others, it is a time to remember native Indian cultures that were forever impacted in the years after Columbus’ discovery of the Americas.